The Corruption Of Lust

The Corruption Of Lust 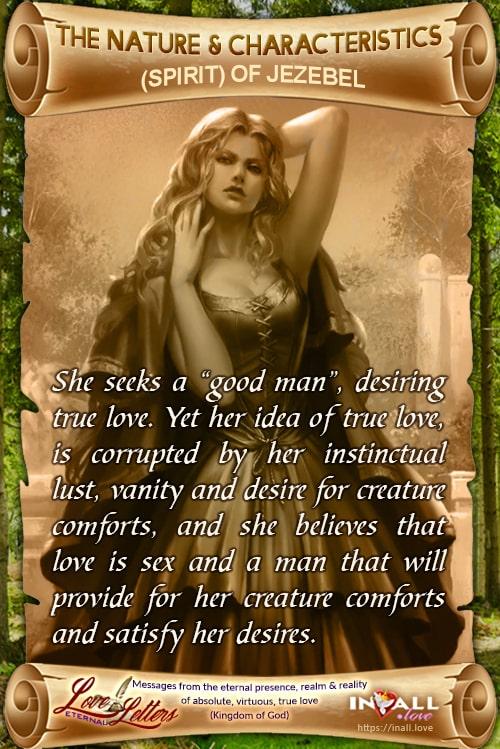 Jezebel is the Anglicized transliteration of the Hebrew ('Izevel/'Izavel). The Oxford Guide to People & Places of the Bible states that the name is "best understood as meaning 'Where is the Prince?'"

Poor little Jezebel. She's not really evil you know? She just has very low self-esteem, is very insecure, immature and believes that love is being adored and lusted after.

Watch out for her gentlemen, for she prowls about looking for a "good man" (her prince) and when she decides she wants you, she'll do all she can to hold your in her arms. She's so driven by her need to be loved, or I ought to say, her twisted, corrupted idea of what love is, she'll say and do anything to have you in her arms and will cast you aside, as soon as you no longer satisfy her hunger for sex and/or shower her with adoration and/or get her everything she wants, because she'll think you don't love her anymore.

She's a dangerous vixen, that if you reject her advances, will lash out, hissing and spitting all manner of false accusations against you, or may even strike at you, like the little viper she is.

She may even tell you, she believes in God and loves God too, but would you call her a truly virtuous gentlewoman of True Love (saint)? She only loves anyone, including God, to get what she can to satisfy her instinctual lust, vanity and desire for creature comforts.

You can't change her belief, that sex is true love, and is ignorant of true love's (God's) virtues, because she's blinded by her instinctual lust, pride, vanity and desire for creature comforts.

To those who have obtained like precious faith with us by the righteousness (virtuousness) of our God and Savior Jesus Christ: Grace and peace be multiplied to you in the knowledge of God and of Jesus our Lord, as His divine power has given to us all things that pertain to life and godliness, through the knowledge of Him who called us by glory and virtue, by which have been given to us exceedingly great and precious promises, that through these you may be partakers of the divine nature (absolute love), having escaped the corruption that is in the world through lust.2 Peter 1:1-4

There's a similar nature and characteristics (spirit) in some men too. We all know that spirit, that's driven by lust, don't we? I don't know what it's name is, maybe I'll call it Tom, Dick or Harry. Whatever it's called, it's the mark of "the beast" of the instinctual nature, that corrupts and rules a man's heart and mind with lust, and is the enemy of God (true love). Don't believe me? Ask any virtuous woman what they think of men like that and they'll likely tell you, "He's a beastly character!" or "He's no gentleman, that's for sure!" Just as I'd say of Jezebel, "She's ain't no lady, though she imagines herself to be a queen."

666 is the number of any man or woman, who is governed and ruled by the instinctual nature of "the flesh" and it doesn't matter if they say they believe in God or not, how many scriptures they can recite like a parrot, or whatever they do in His name. Just look at all the lukewarm wannabes, who fill the pews of the halfway house (church) wanting to be like Christ, the perfect gentleman of God's absolute, true love (Lord of Love), but are so governed and ruled by their instinctual nature and its characteristic pride, vanity, selfishness, ambition, lust, desire for creature comforts and fear for survival, they deny forsaking all to be a TRUE disciple and are slaves to the world and their instinctual nature, in order to provide for their creature comforts, believing as the world does, they must earn money, in order to survive. How deceived they are, by the world around them and their own sinful, instinctual nature, serving God and Mammon, not realising they are in truth, their own worst enemy and the enemy of God.

"No one can serve two masters; for either he will hate the one and love the other, or else he will be loyal to the one and despise the other. You cannot serve God and mammon."Matthew 6:24

Adulterers and adulteresses! Do you not know that friendship with the world is enmity with God? Whoever therefore wants to be a friend of the world makes himself an enemy of God.James 4:4

You can't live for love (God) AND money, just as you can't be led by the spirit (nature and characteristics) of God (True Love) AND your instincts...

"Not everyone who says to Me, 'Lord, Lord', shall enter the kingdom of heaven, but he who does the will of My Father in heaven. Many will say to Me in that day, 'Lord, Lord, have we not prophesied in Your name, cast out demons in Your name, and done many wonders in Your name?' And then I will declare to them, 'I never knew you; depart from Me, you who practice lawlessness!' "Matthew 7:21-23 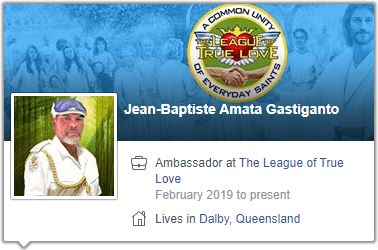 Neediness Is Not What You Need

Characteristic of the lion

Practicing justice is being fair. You don't prejudge. You see people as individuals. You don't accept it when someone acts like a bully, cheats or lies. Being a champion for justice takes courage. Sometimes when you stand for justice, you stand alone.

It is a joy for the just to do justice, but destruction will come to the workers of iniquity.Proverbs 21:15 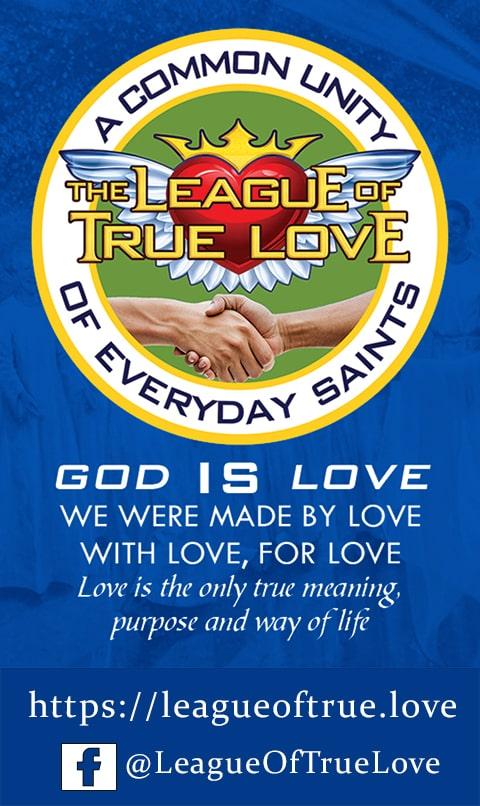