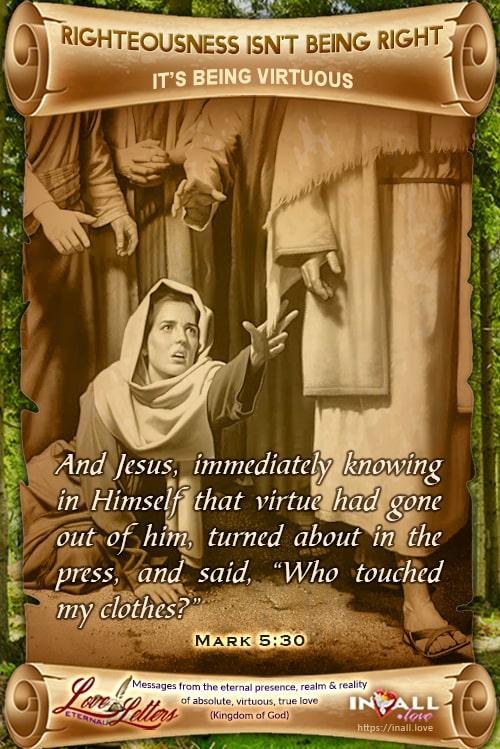 There's an old saying, "People seek power and they seek it in politics and religion."

Many are like Simon the sorcerer (Acts 8:9-23), seeking the power of the Holy Spirit and thinking it's all about power. But the power isn't in your wanting it or THINKING you have it and absolutely, not for your own glory.

The power is in the supernatural presence of God's divine nature and characteristics of absolute, undying, virtuous and majestic, true love, and that doesn't come to you, from your willing it to or thinking you're ready for it.

When God's presence came upon me, in absolute, supernatural power and glory, I was literally taken "out of my mind" and saw it before me, like a computer in a way.

The TRUE presence of God, is so overwhelmingly powerful and glorious, it is seen, heard, smelled, tasted and felt, by everyone around you and is undeniably, the true presence of God, beyond the shadow of ANY doubt.

When His presence came upon me, the woman whose house I was in at the time, came into the room and immediately fell to her knees and gasped, "It's you!" She wasn't talking about me...

I then saw a THOUGHT rise up from my mind, like a puff of smoke and that thought was, "What I could do with this!"

I immediately knew that was a "wrong" thought and asked God, where it came from, as it wasn't a thought I intended to have.

He replied, "It arose from your subconscious and you need to be made absolutely humble and brought into the full knowledge and understanding of the true way of life in My presence, before you can dwell in it 24/7 and so no thought like that will arise."

No matter what you choose to believe or however willing you are or ready you THINK you are, this is absolutely true for anyone who wants to DWELL in His eternal presence, realm and reality, in absolute, supernatural power and glory.

Now, I knew that it would mean being put through the winepress and the mill, through many trials, tribulations and humiliations, and I said to Him, "Whatever it takes Lord, whatever it takes." Though I didn't realise it would take 27 years or just how many trials and tribulations, etc., it would take. Which is why I can honestly and truthfully tell you, you will never know the presence of His absolute, undying, virtuous and majestic, true love, in absolute, supernatural power and glory, unless you literally and absolutely, forsake all to be His disciple and leave the world and all its distractions, lies and false way of life behind.

There were times I would cry out to Him, saying "Lord, I'm ready!" And He would simply answer, "You're brainwashed and have no idea of when you're ready, according to MY high standards, not yours or what you THINK they are. You'll be ready when I say you are and not before and you'll only know when you're ready, when My presence comes upon you again and remains with you. Until then, trust the process."

It's not a learning process people, it's a debrainwashing (cleansing) process and all those who so proudly and vainly like to THINK they have something to teach, fall far, far shorter than they know and don't know anything as they ought to know. Likewise, many think that visions and revelations makes them something special and gives them authority, but these are just part of the debrainwashing process. In the end, these too will cease, until all that remains, is absolute, true, pure, heavenly love, in the majesty of His true love's absolute virtuousness (righteousness).

Now the purpose of the commandment is love from a pure heart, from a good conscience, and from sincere faith, from which some, having strayed, have turned aside to idle talk, desiring to be teachers of the law, understanding neither what they say nor the things which they affirm1 Timothy 1:5-7

Just look at the so-called prosperity gospel, that's being so widely preached, completely unaware they are sowing the seed of covetousness (desire for worldly riches), and what a price they will pay for feeding people's sinful, instinctual desire for creature comforts and fear for survival, from their own and their own instinctual pride, vanity and selfish ambition (ego) and good intentions. For fools (egos) rush in where angels fear to tread...

Let those who HAVE the ear to hear and eye to see, get the bigger picture...

God Be With You

The Realm of True Love